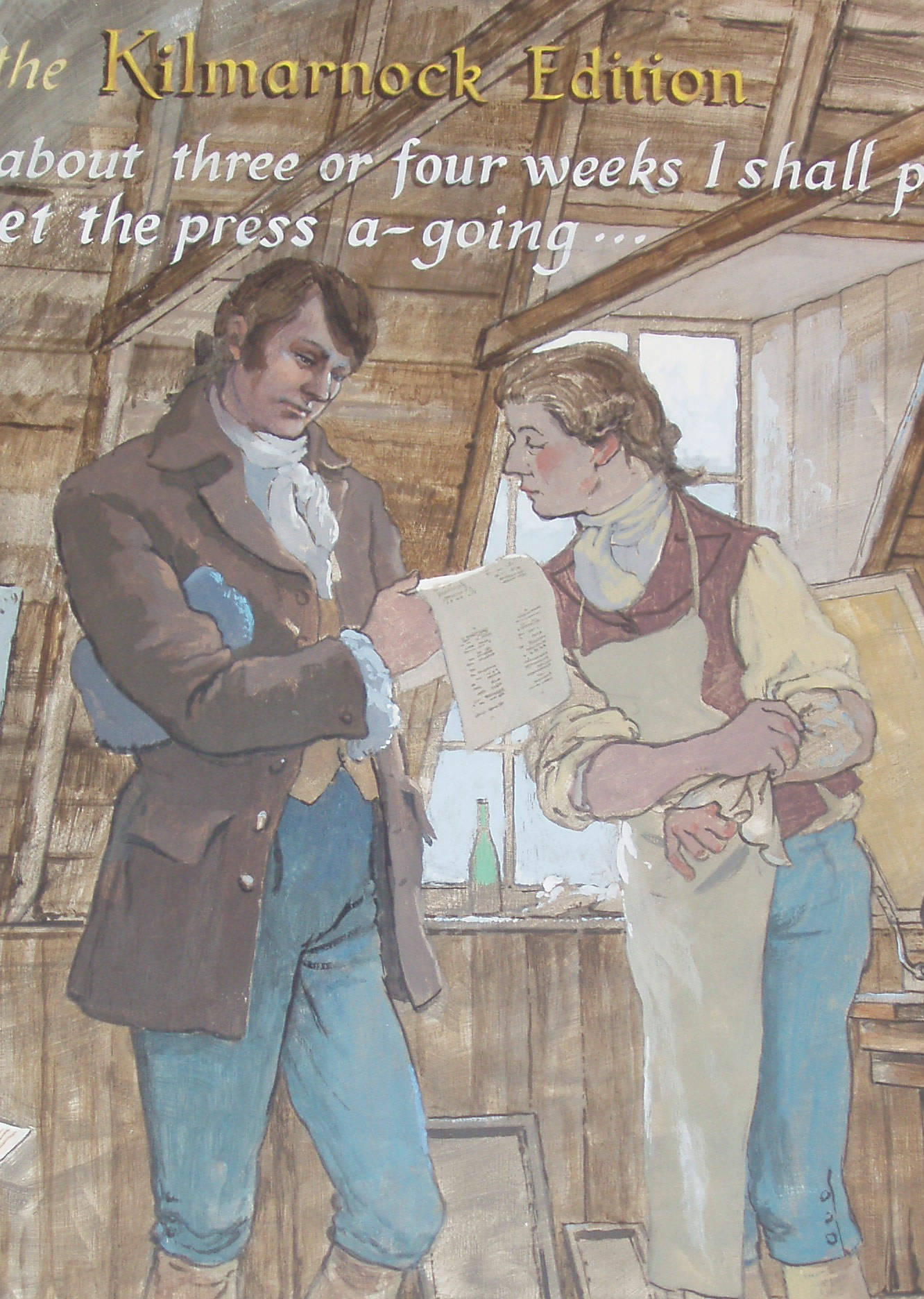 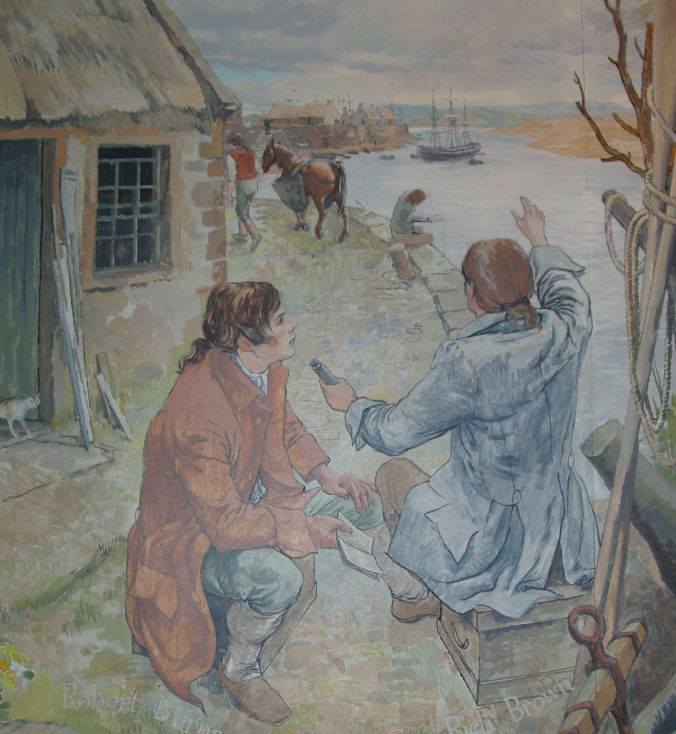 'Burns in Irvine' murals the Alloway murals, now in Irvine about the artists, Ted & Elizabeth Odling
The artists 1 min read

Ted was a landscape painter, in watercolours, oils and pastels. He was also keenly interested in science and technology and combined his artistic background with advances in optics, photography, film and music. Elizabeth won the Newbery Medal as top student of her year at GSA in 1945 and her work is marked by a close attention to detail. They left behind them a large body of highly varied work, including paintings, drawings, prints, embroidery, patchwork quilts, sculptures and musical instruments.

Throughout their careers, Ted and Elizabeth often worked as a team, for example, producing murals for Irvine Burns Club in 1965 (see below), for the visitors' centre at Culzean in 1972-73, for the Burns Museum at Alloway in 1983-86 (now displayed at Irvine Burns Club, see below), and (sadly no longer in existence) for Chatelherault (near Glasgow) in 1986-87. In 1981, they moved to Lismore on Argyll where they spent 25 years working as freelance artists.

These 1965 murals are arranged to disguise the room's corners and include a false door and shelf - so realistic that one visiting dignitary at the opening was seen trying to put his glass down on the false shelf. Ted was appointed an Honorary Member of Irvine Burns Club in 1967. As a result of the success of these murals, Ted and Elizabeth were commissioned to take part in the refurbishment of the Burns Museum at Alloway (see below). 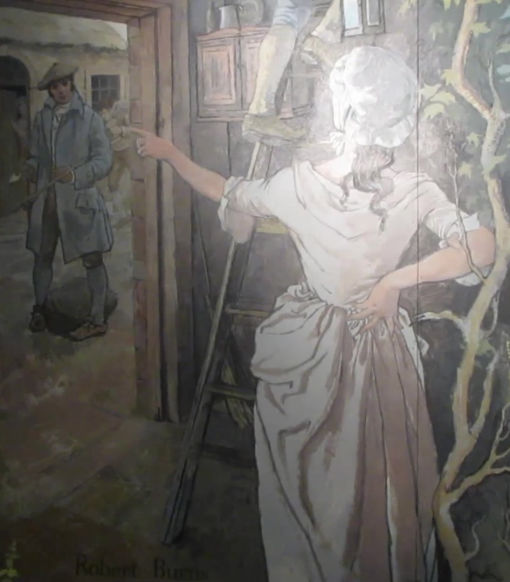 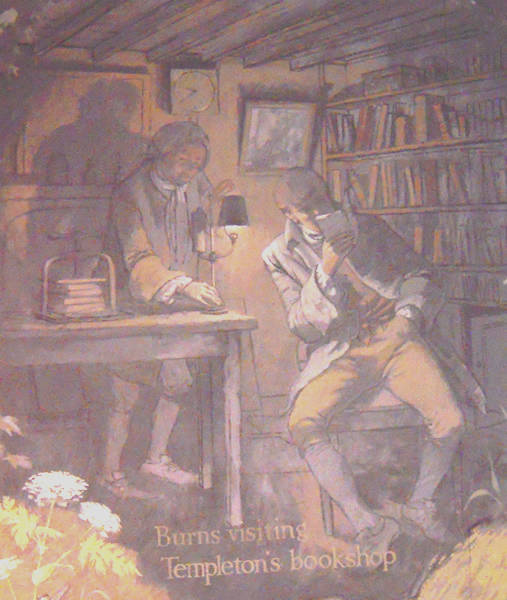 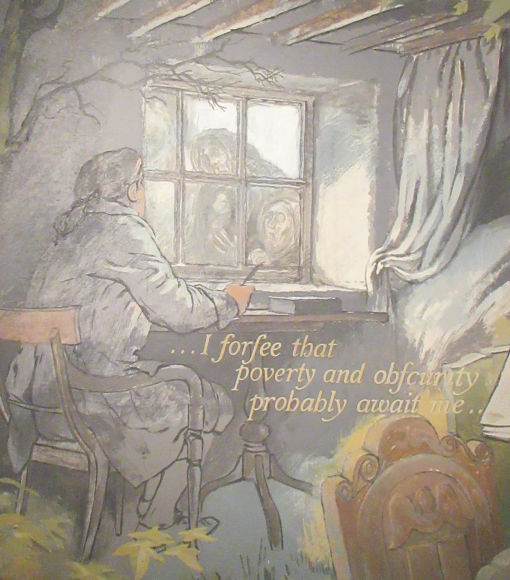 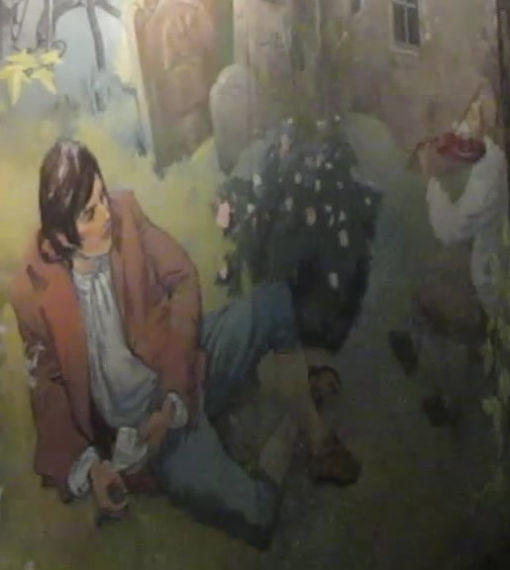 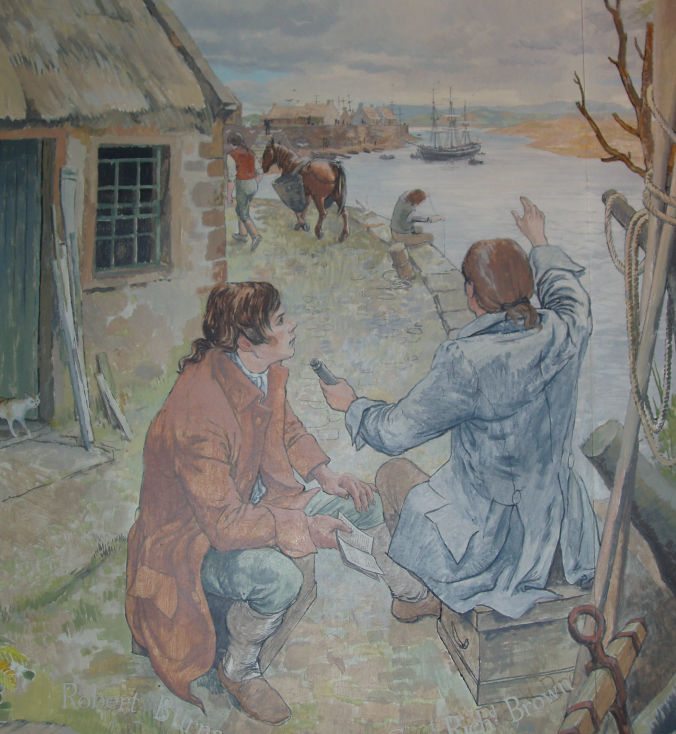 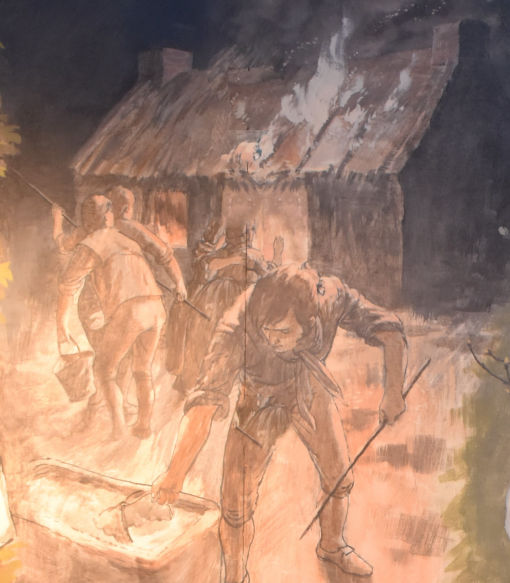 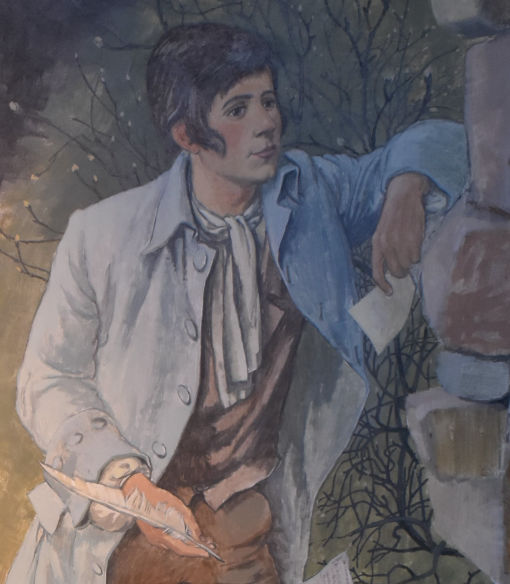 the Alloway murals - in the Wilson Room

Ted & Elizabeth Odling painted these murals in 1983-86 for the refurbishment of the Museum at Burns Cottage in Alloway, but a later refurbishment made them surplus, so they were 'rescued' by Irvine Burns Club. 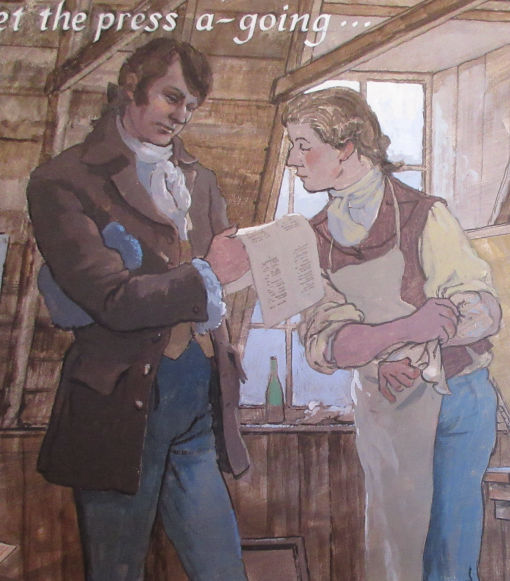 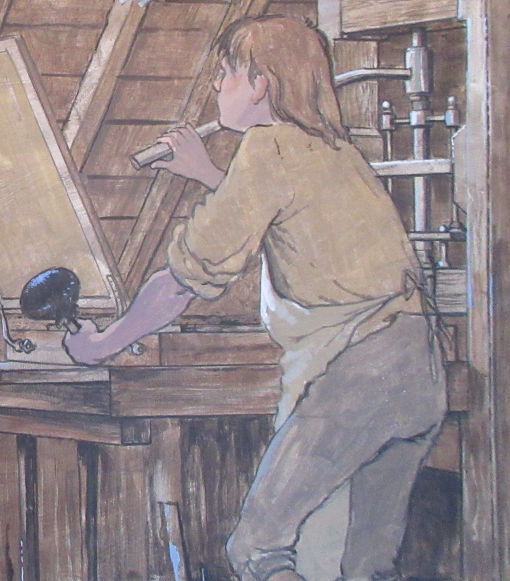 on the printing press 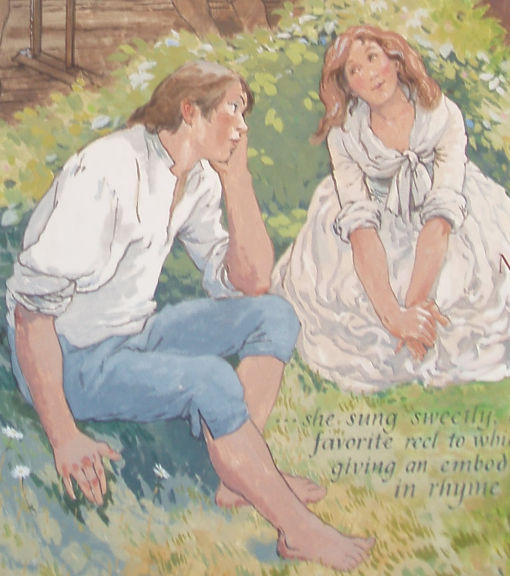 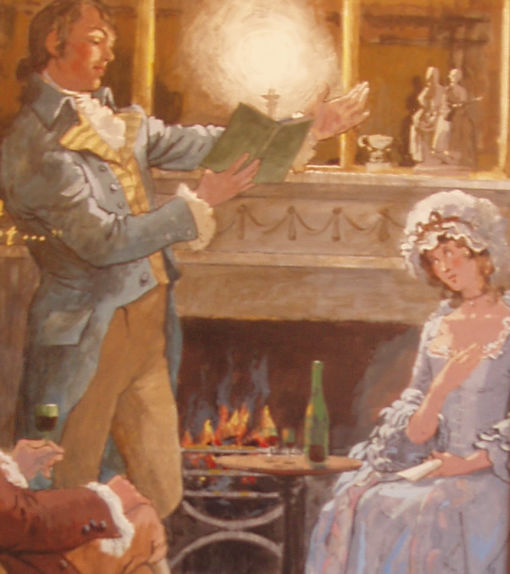 as the 'ploughman poet' 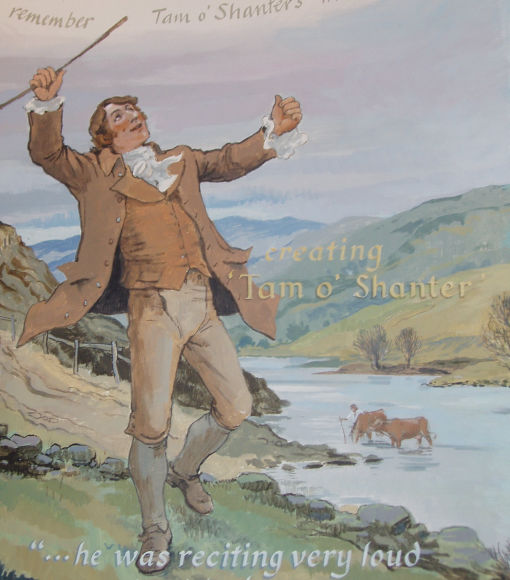 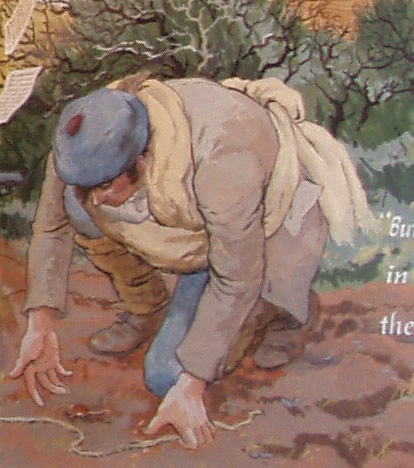 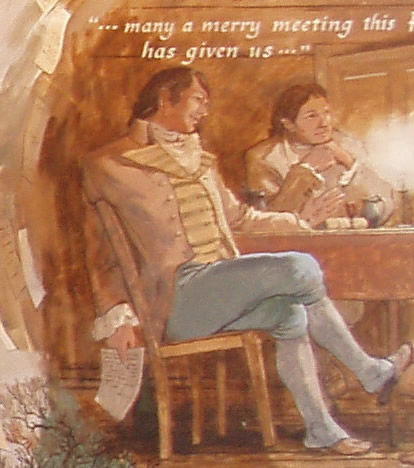 for the 'Scots Musical Museum' 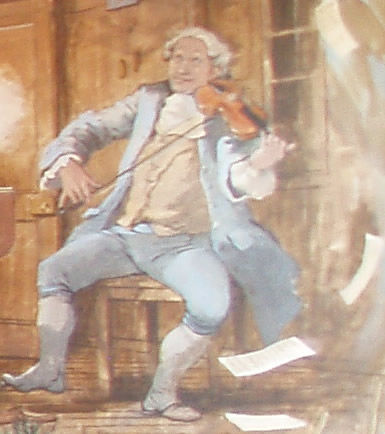