for the current office-bearers and Directors - see below

Irvine Burns Club has an unbroken history stretching over 185 years back to 1826, when twelve men of this old Scottish Royal Burgh founded the Club.

Our first President was Dr John Mackenzie, who had attended Robert Burns' father in his last illness, and our first Vice-President was David Sillar, a friend of Burns from his early twenties.

We welcome visitors from home and abroad. Special visitors have included members and partners of the Burns Club of Atlanta (2009: reported here - see pages 3/4) and during 2010 Chrys Ballantyne, President of the Robert Burns Association of North America (RBANA, on our contacts page), with her husband Ron.

The Club maintains a healthy membership. Activities vary from year to year, the main time for meeting being the Annual Celebration dinner on the Friday nearest to the anniversary of the poet's birth, 25th January. The 183rd Annual Celebration, in the 250th anniversary year of the poet's birth, in 2009, was attended by 248 members, friends and guests. It is open to members, guests and any others who would like to attend.

Membership can be applied for at any time of the year. Life membership costs £20 (foreign rate, including badge and booklets, £30). Application can be made (a) in person at the Annual Celebration (b) by post to the Honorary Secretary, Irvine Burns Club, 'Wellwood', 28 Eglinton Street, Irvine KA12 8AS or (c) by payment through our support page.

The lapel badge shown on the right was designed by Past President Jim Butler
but the animation is on the website only, not on the badge! The design also appears on the Club tie.

Some photos (hover over for the caption; click some to enlarge) 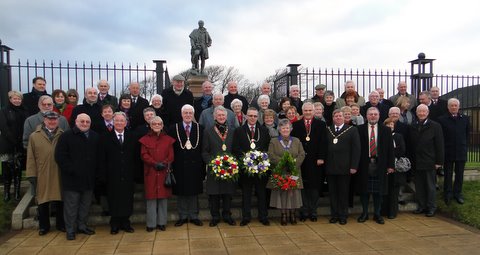 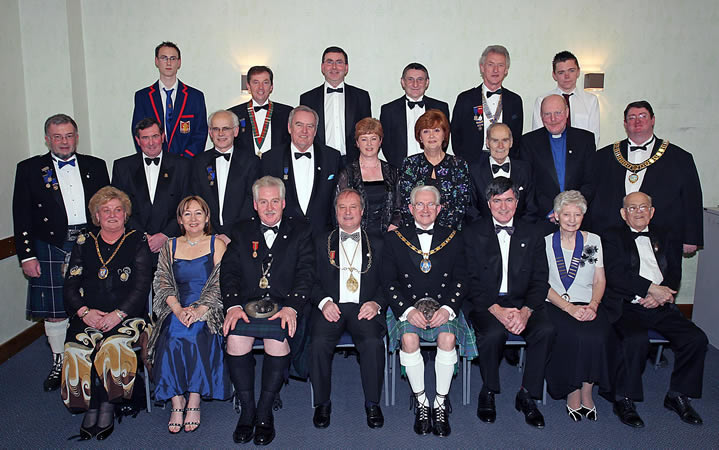 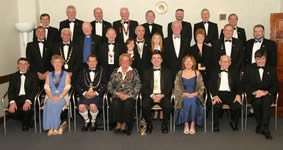