On left, the painting by Past President Jim Butler of (on right) 'Wellwood', 28 Eglinton Street, Irvine. 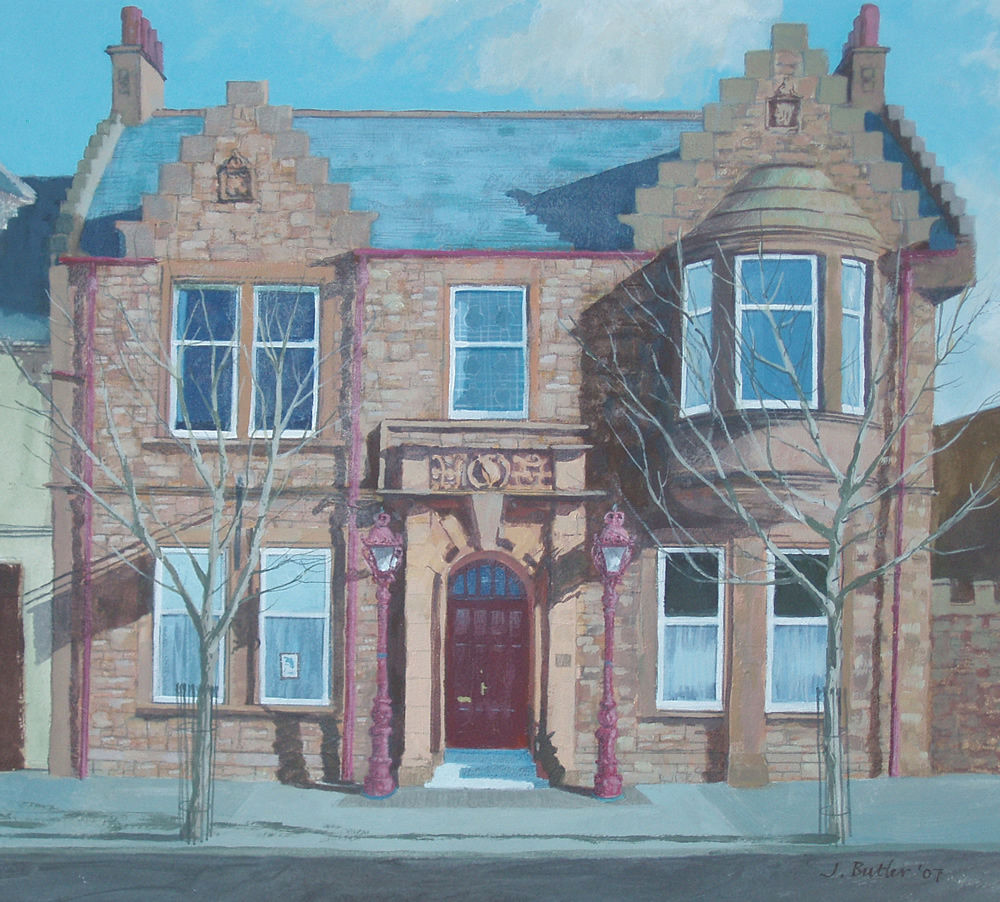 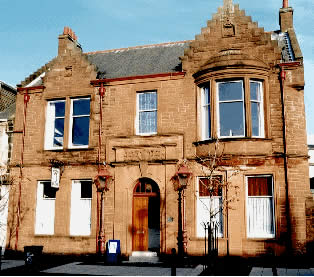 This spacious and imposing building of Ballochmyle red sandstone was built in 1903.

Irvine Burns Club converted the top floor front rooms into a concert room, and opened the Irvine Burns Museum in January 1967. The ground floor rooms include the library and the "Burns Room".

'Wellwood' was built by the widow and family of

Footnotes:
1. Mackay (p.104) records Richard's mother as Jean Whamie, claiming (p.699, note 30) that Jane Whinie is based on a clerical error. On the contrary, the Old Parish Register for 2nd June clearly shows Jane Whinie (or possibly Whirrie?), while an earlier 6th Feb. 1753 record shows a son John born to a William Brown and Jean Wharrie (definitely 'rr' not 'm').
2. Mackay (p.699, note 34) cites OPR Irvine. The banns would be read there, but we have used the record in the Dundonald OPR. In 'Collected Letters', Mackay states he married late in 1787, but the correct date is in his biography of the poet.